The days after I destroyed the journals were a time of peace, new thinking, and vision. But, after a short period, I missed the writing. If you aspire to be a writer, published or not, you must need to write. I bought a blank journal and began to write poetry. The women I dated after my divorce liked the poems I penned them and kept them after we stopped seeing each other. It was pure joy as I wrote just what ever came out of me. I wrote about the neighborhood, the coffee shops, the bars. I wrote about people, the weather, the past, and the present.

I mailed some to one of my brothers in hopes we might turn a few into songs, but he didn’t feel they were made for music. Oddly enough, that did not discourage me as things had in the past. I sent them to my sons, 2 of which lived in New York. They had a different response and encouraged me to write more. After a few weeks of their mentoring, they asked me to write some short stories. I did, still having no idea what was happening. They turned these handwritten, rough, thinly veiled biographical words into a book. They worked hard to get it published there in New York, and life was never the same. If all the things I have written, this book will always mean the most to me. 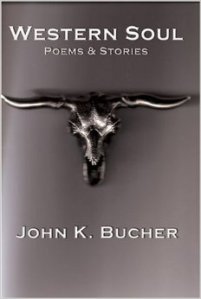